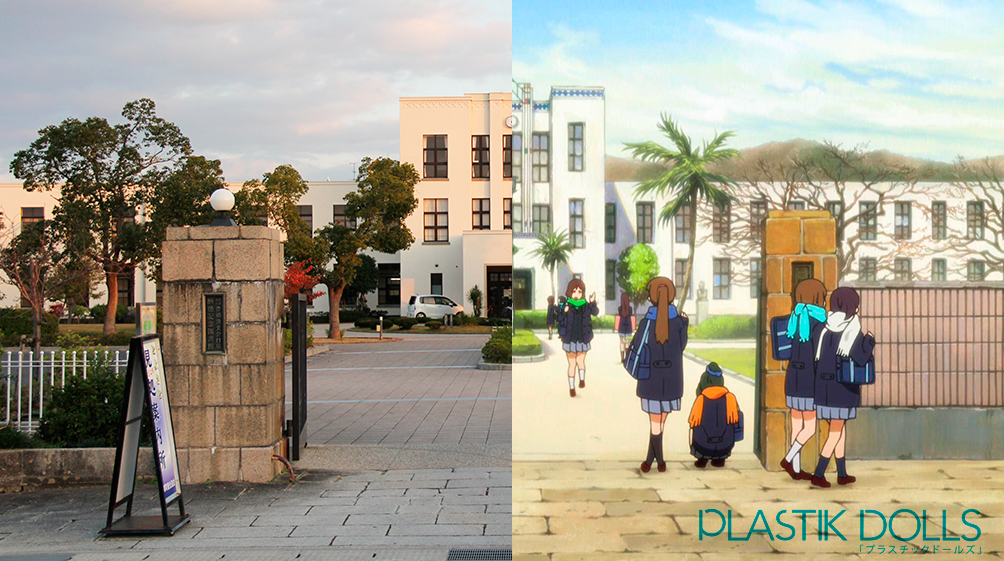 We make an anime pilgrimage to K-ON!’s Sakuragaoka High School – in real life! Join us on our magical adventure from the real world to the anime world in order to search out where the Light Music Club hangs out.

Fans of films and television shows have sought out and visited the shooting locations as their favorite characters for decades. Whether retracing the steps of James Dean’s character, Jim Stark, from Rebel Without A Cause at Los Angeles’ Griffith Observatory or hitting hyperspace to go on an epic far flung journey to visit Luke Skywalker’s childhood planet of Tatooine in Tunisia’s Saharan Desert, there’s something special about being there and experiencing what you’ve seen on screen so many times in person. Interestingly, these kinds of trips aren’t reserved just for fans of live action shows. Over the past decade this type of pilgrimage to real life locations has spread to devotees of anime as well.

Animated movies and television shows by nature tend to take their viewers away from the reality of real life due to the mediums that they are created with. Whether hand drawn or created with the help of a computer, most 2D and much of 3D animation is perceived as being not real life. This includes the places that these cartoons are based. When Wile E. Coyote falls off a cliff, we don’t think that it’s a cliff based on a real place, let alone visiting it. Ever thought about going to the arcade where Buzz Lightyear got stuck in the Space Crane game in Toy Story? It looks like a fun place to visit but much of the places featured in animation is fictional and simply don’t exist in real life. This fact isn’t necessarily the case in Japanese animation.

No matter how fantastical the storyline of an anime might be, there’s a high probability that the featured locations shown in the story are based on real life places. Take for instance the anime series The Melancholy of Haruhi Suzumiya. Our heroine Haruhi seeks out and unwittingly finds time travelers, aliens, espers (those with ESP capability), creates an almost infinite time loop, and almost destroys the world as we know it. She does all this while attending North High, which is a fictionalized version of Nishinomiya Kita High School in Nishinomiya, Japan. The attention to detail that Japanese animators go to even for backgrounds is truly impressive. Nishinomiya High is recreated to such exacting detail in the show that one can perceivably navigate the halls of the school without ever stepping foot there just by viewing the anime alone. There’s an excellent article that compares the real world places and that of Miss Suzumiya’s at The Infinite Zenith.

Many fans of Haruhi have travelled from all over the world to visit “North High”. So many in fact that officials of the real life Nishinomiya Kita High had to post a warning to would be anime pilgrims not to trespass onto school grounds. (Here’s a great video tour of the real high school and its surroundings.) Their website reminds people that it is in fact an operational high school and that wandering around school grounds and taking pictures is prohibited. Being fans of anime, we found the thought of visiting the real location of where our favorite shows are based intriguing. On a recent trip to Japan, we decided to embark on an anime pilgrimage ourselves. 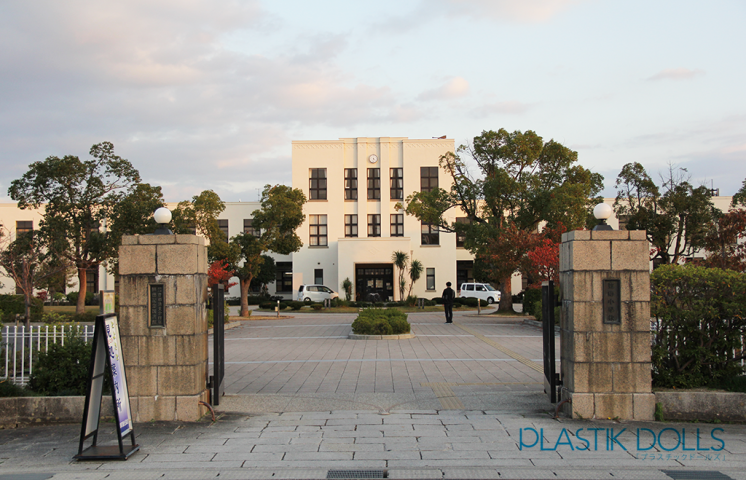 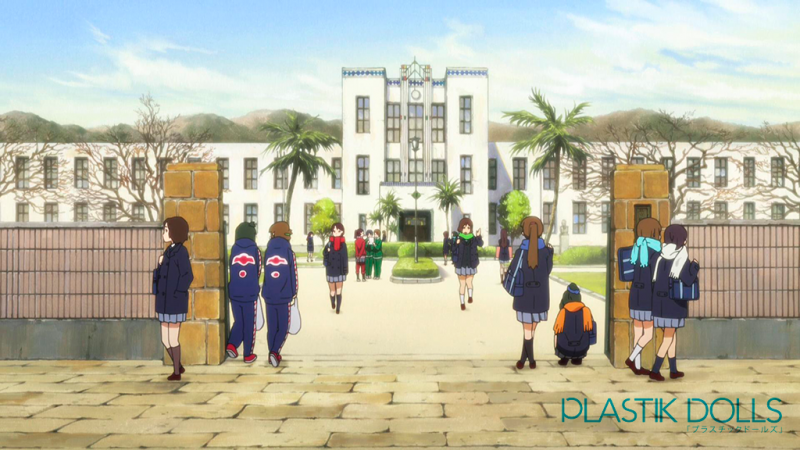 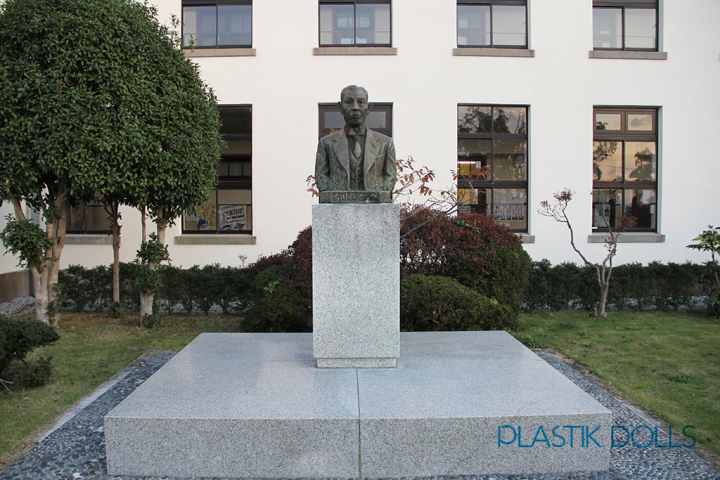 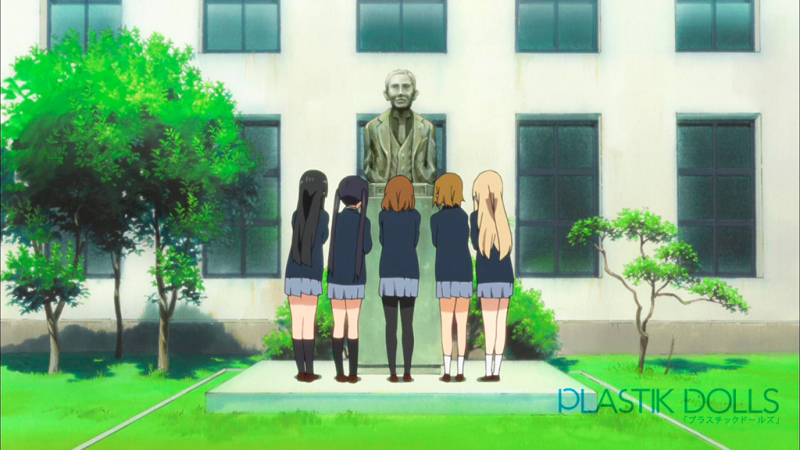 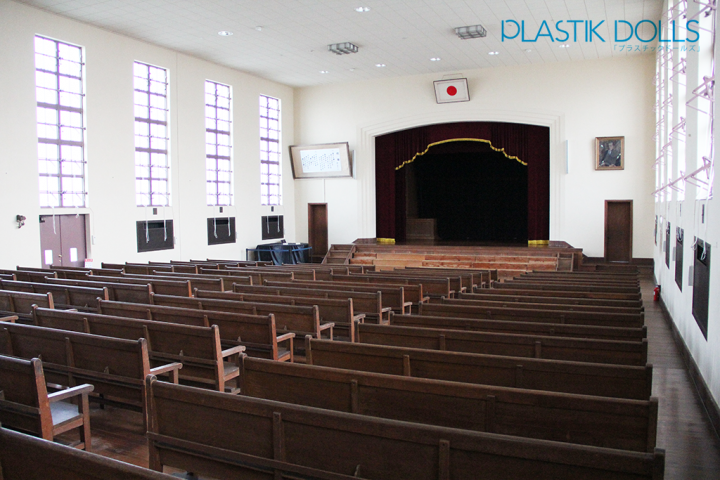 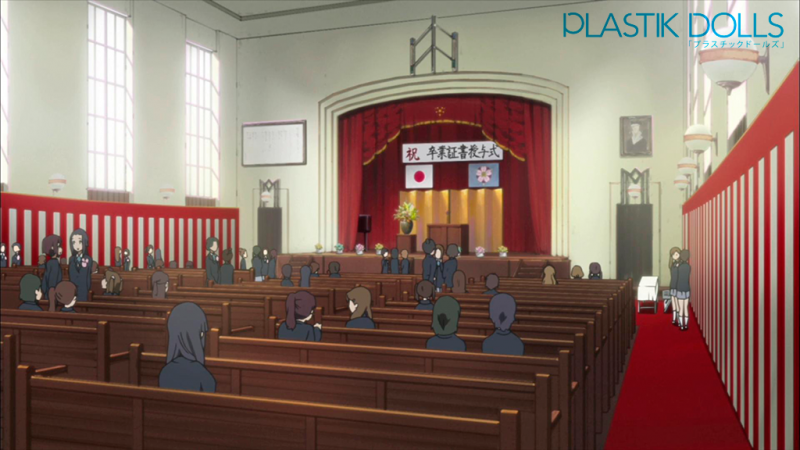 Another school made famous by way of anime is the high school featured in K-ON!. K-ON! is a slice of life type of anime series that features the daily lives of the members of the school’s pop-music club, called the Light Music Club. The school the characters of K-ON! attend in the anime is called Sakuragaoka High School. As with North High, it is replicated in the anime with a truly obsessive-compulsive level of detail. The real life location of Sakurgaoka High is actually Toyosato Elementary School located in the sleepy town of Toyosato, Japan, which is about four hours west of Tokyo by train. 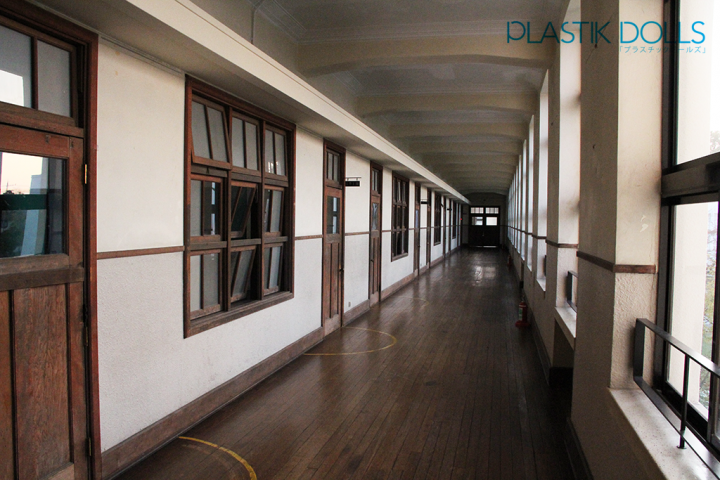 A hallway at Toyosato Elementary. 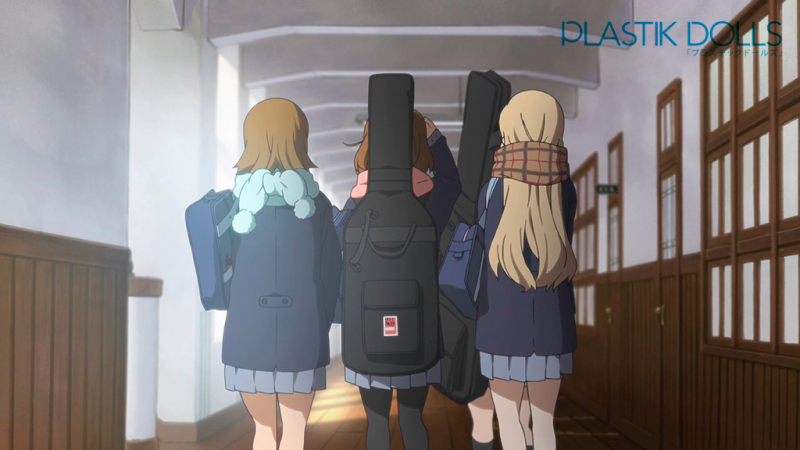 Ritsu, Yui, Mio, and Mugi walk down a hall of Sakuragaoka High School.

After multiple transfers and hours on a bullet train, we made it to Toyosato. From the town’s only train station, we walked about 20 minutes and eventually came upon the school. It was truly a surreal feeling standing in front of a place that we seem to know so well but have actually never been to. You can compare it to something like visiting the Statue of Liberty. It’s something that you’ve seen images of many times over but when you’re actually there it finally feels real. A big difference however is that most of the images of the Statue of Liberty you see are photographs, so you know what to visually expect when seeing it. Seeing Sakuragaoka High School in person after only ever seeing it as being illustrated in two-dimensions felt multiple more times unreal. 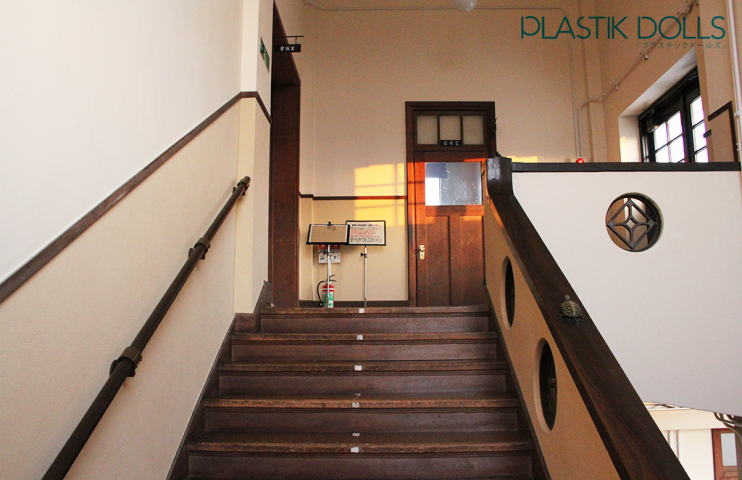 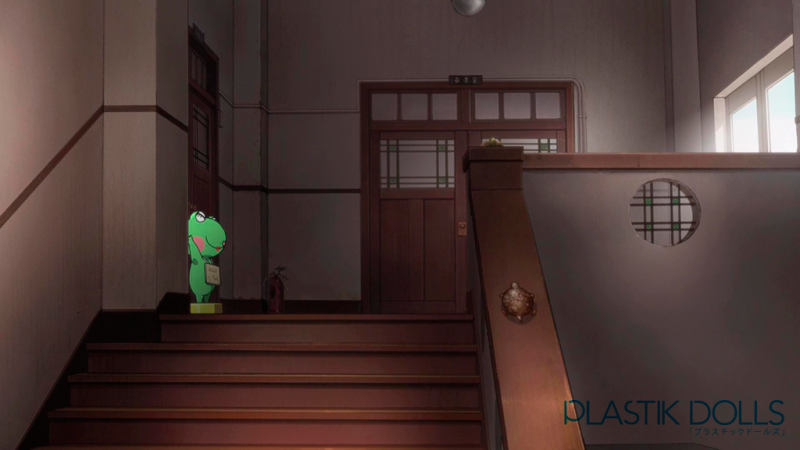 Toyosato Elementary has been retired as a school and now houses a library, café, and museum so they do welcome visitors. Tens of thousands visit the school making their K-ON! pilgrimages a year. Many fans bring fan-made art and other gifts to leave at the school for other visitors to enjoy. Toyosato Elementary also organizes special K-ON! themed events a few times a year. Because K-ON! is an anime focused on music, many local bands come to the school’s auditorium to perform, just as the characters in the anime did. Walking through the halls of the school definitely felt like we were transported into the anime. We followed the stairs up to the Light Music Club’s clubroom just as we have seen the characters have done many times in the anime. 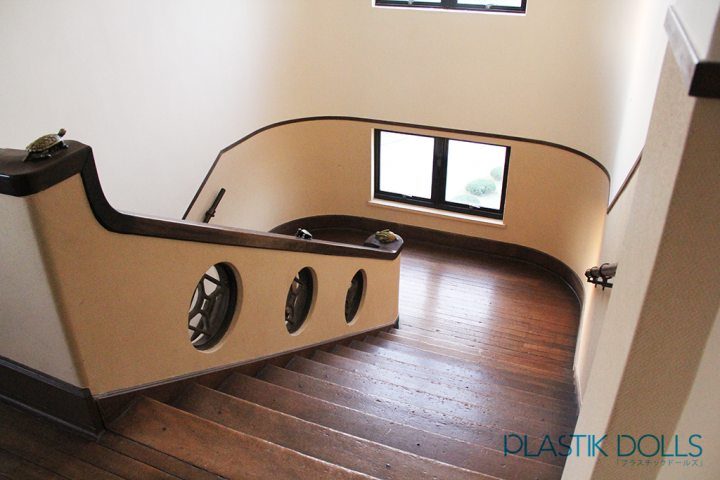 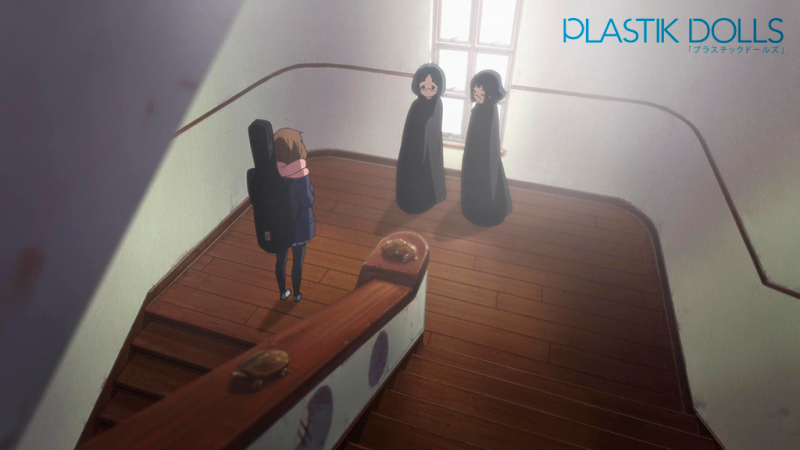 While some of the places depicted in the anime are reproduced with absolute precision, some were slightly different. Strangely, we felt very familiar with the location even though it was our first time there. Comparing screen captures with the location was uncanny. Sometimes even mundane details like the unique crook of a tree’s branch can be pinpointed. Being there to walk in the footsteps of the anime’s creators as well as the anime characters themselves was a unique and eye-opening experience. 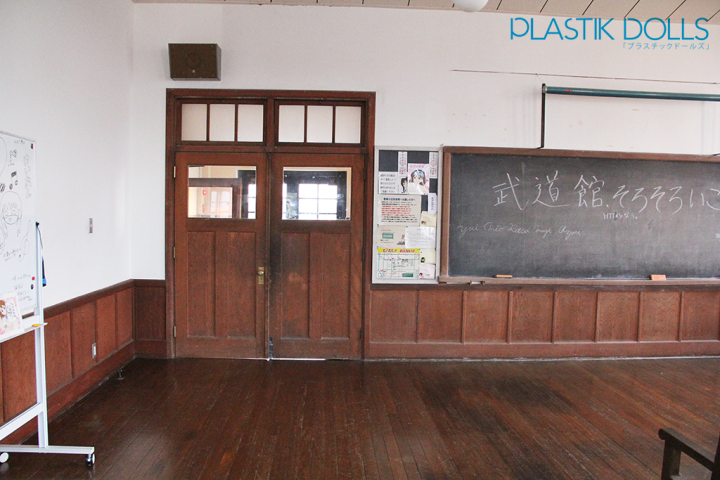 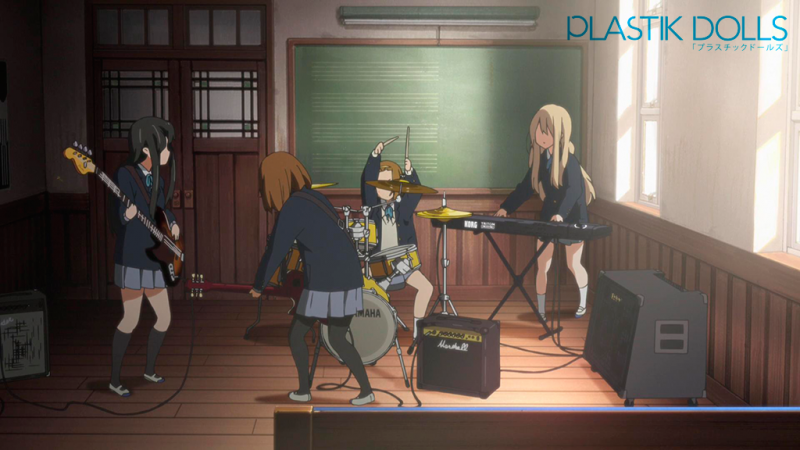 Although the majority of anime takes place in Japan, not all anime pilgrimages are rooted there. Many anime take place in other locations throughout the world. Much of K-ON! the Movie for example takes place in London, England where the characters visited places like Abbey Road, the London Eye, and the British Museum. Hayao Miyazaki’s Spirited Away is inspired by locations in the town of Jiufen, Taiwan and popular manga and anime, Space Brothers, visits Cape Canaveral, Florida and Houston, Texas. 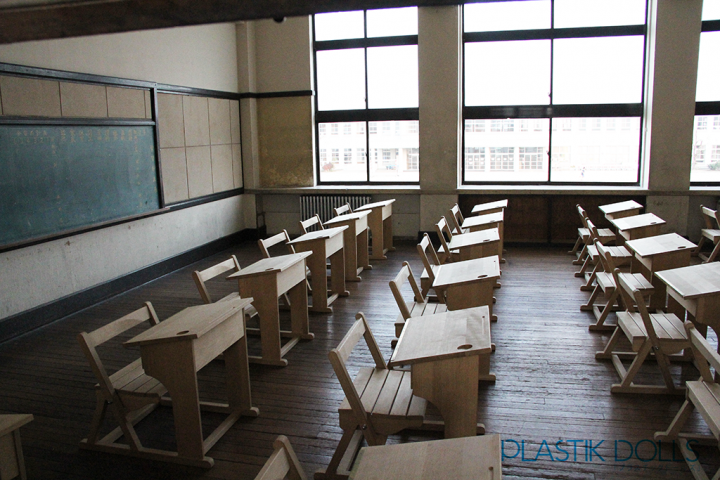 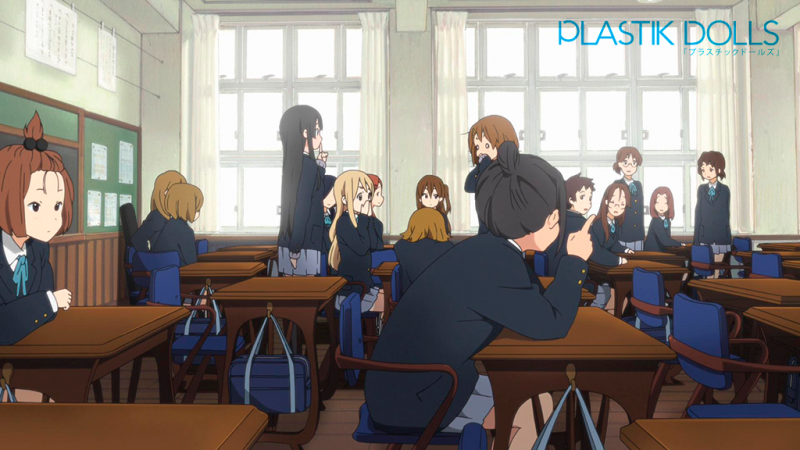 If you’re a fan of a particular anime, we recommend trying to make an anime pilgrimage yourself. If your ultra attentive, you might see places that you recognize in a show you’re watching and find them on your own. Otherwise there are plenty of guides and sources on the internet that can lead you to your own great geeked out journey.

K-ON! may be off the air for now, but there’s still plenty of fandom available at Toyosato Elementary School. Fans from around the world converge on this sleepy town’s retired school to gather for the love of anime. 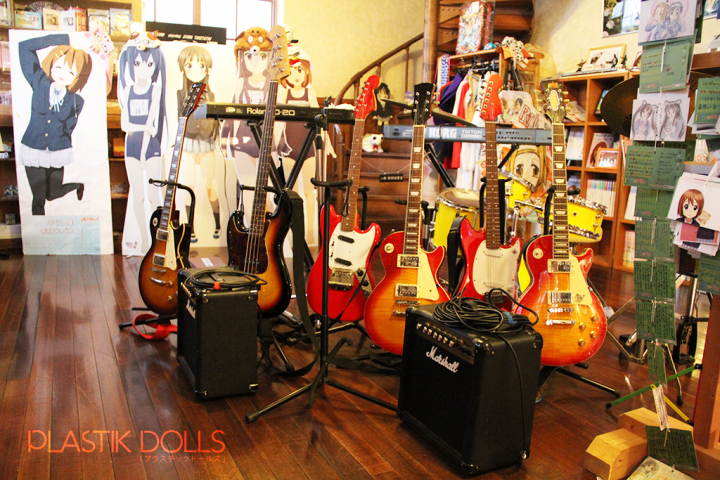 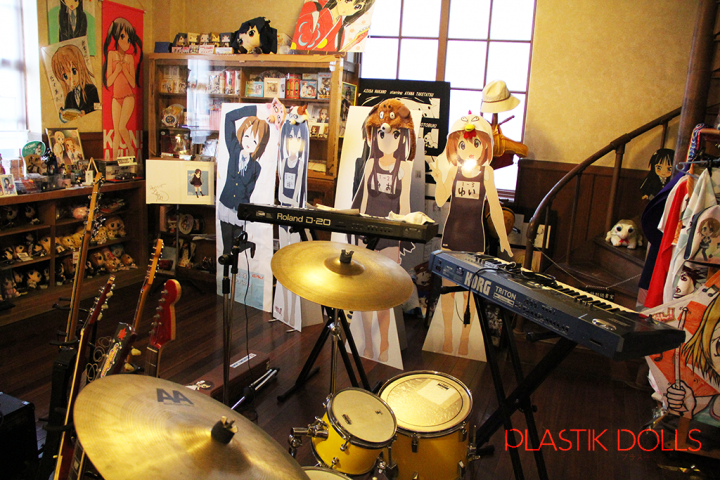 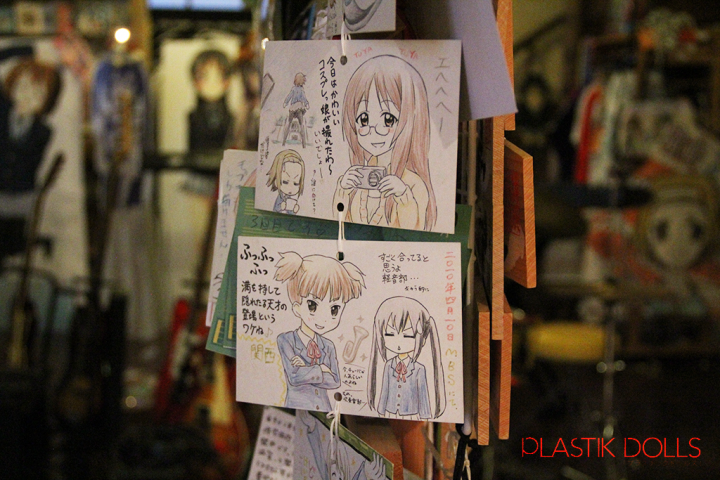 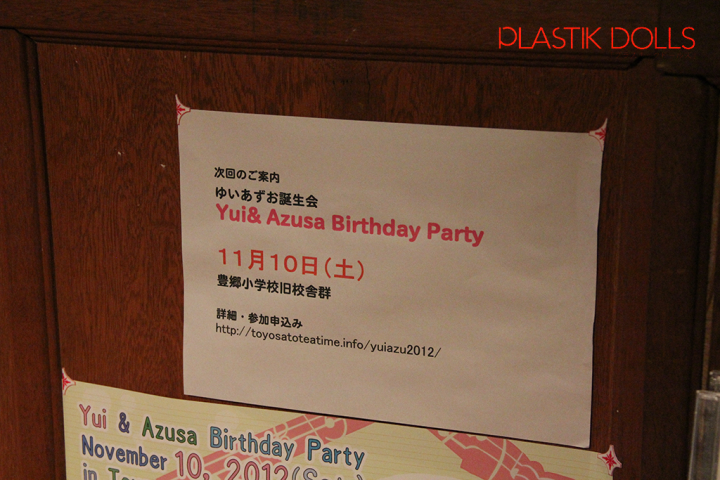 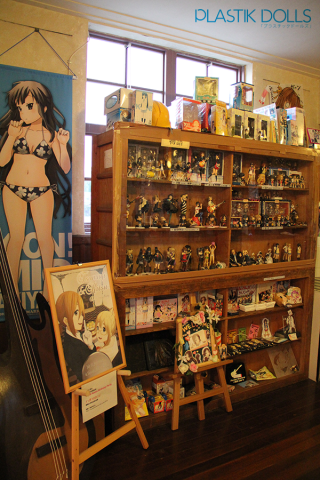