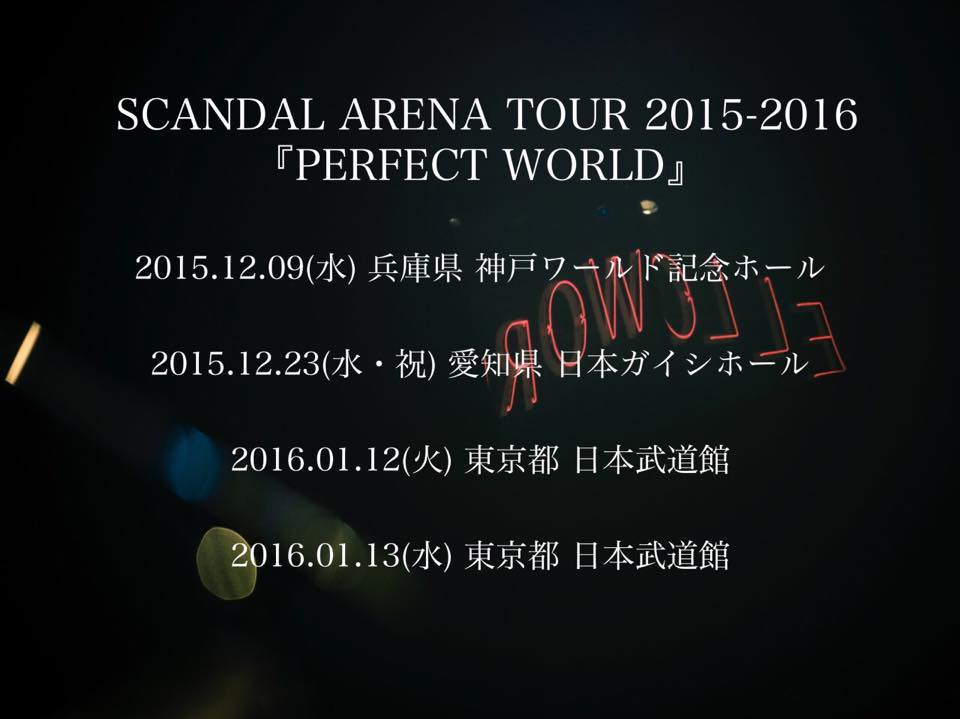 As SCANDAL currently tours Japan and will embark on their first ever world tour later this month, the girls are already planning their next round of live concerts. Today, they announced their 「PERFECT WORLD」  tour, a perfect follow up to their 2015「HELLO WORLD」Tour. This new tour is billed as an “arena” tour, but it looks like it will hit two halls and Nippon Budokan twice. Check out the schedule below.