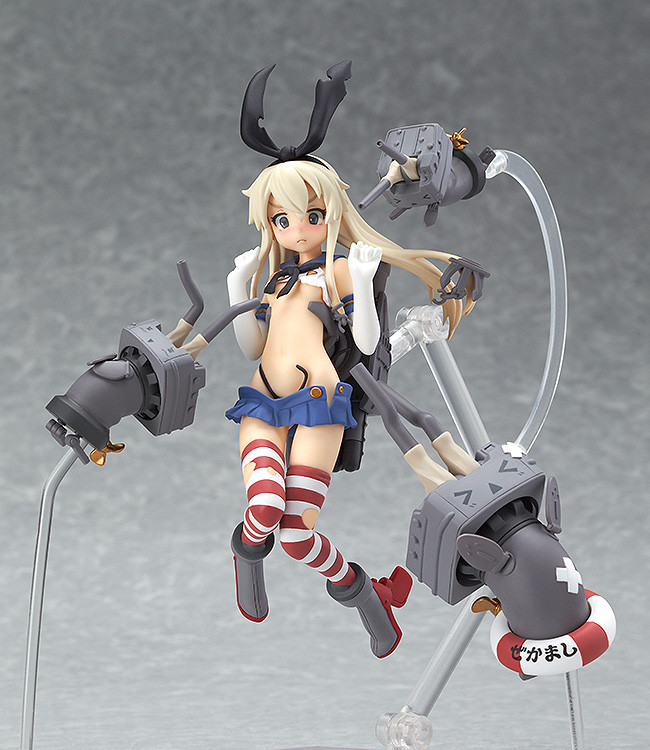 Good Smile Company explains, “The figFIX series of figures is the same size as figmas (around 1/12th scale) so they can easily be displayed together, but they are fixed in a specific and well-known pose of each character, allowing for a more faithful representation as well as a reasonable price! The series allows the skilled craftsmen of Max Factory to put their skills to work on more delicate sculpting and paintwork for fans to enjoy! The head part of figFIX figures make use of the same joint as the figma series, allowing for some interesting display possibilities for fans to play around with as well!” 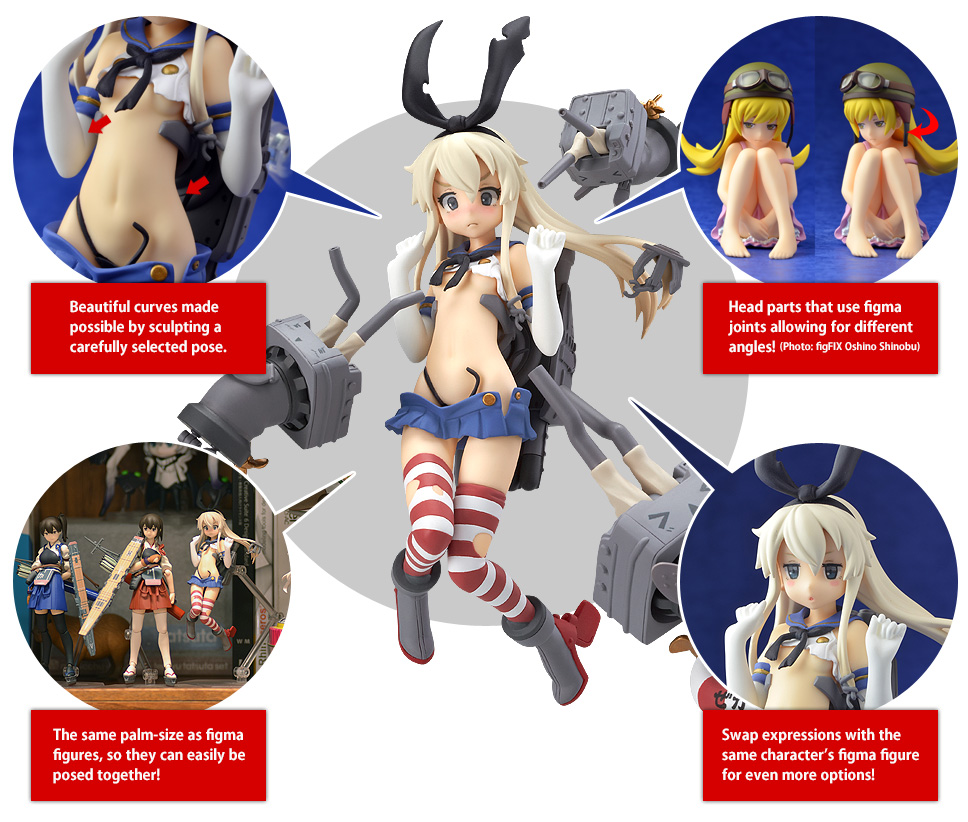 The first figFIX release is Shimakaze: Half-Damage Ver. from Kantai Collection (Kancolle). Her release is slated for April 2015. 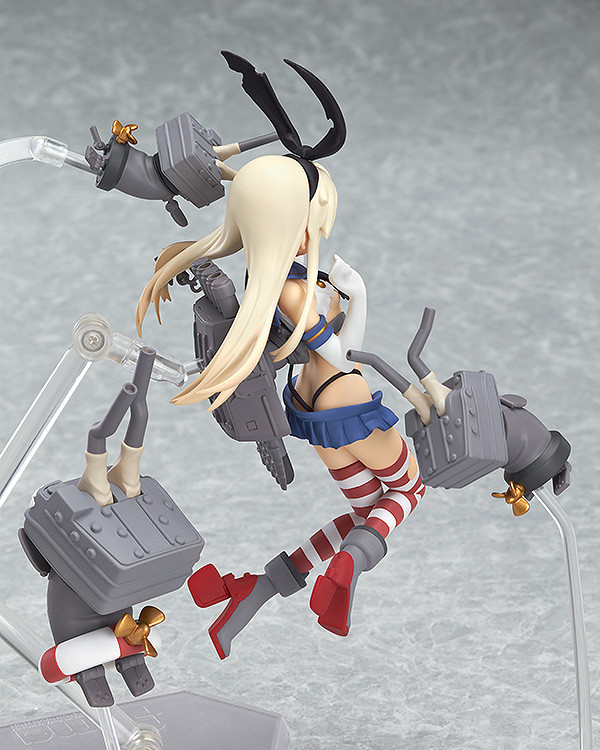 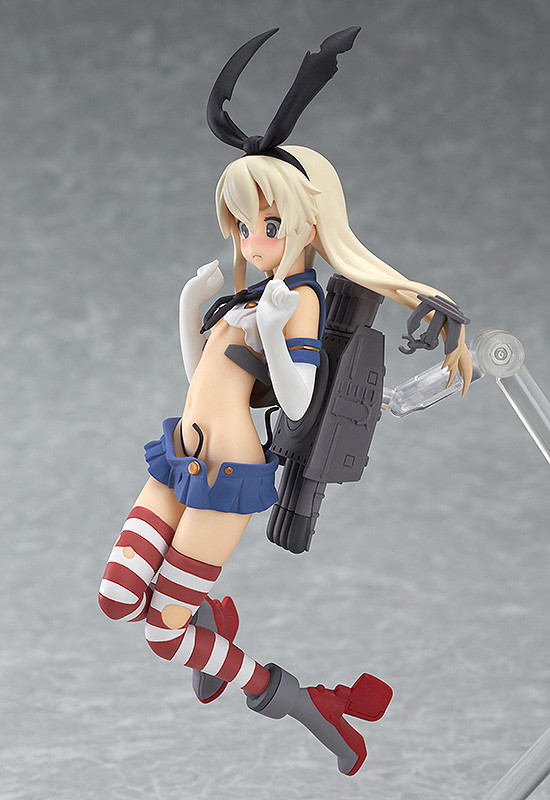 Although figFIX figures have fixed poses, many regular figma figure accessories will still fit on the figFIX figures such as different face plates and hair. 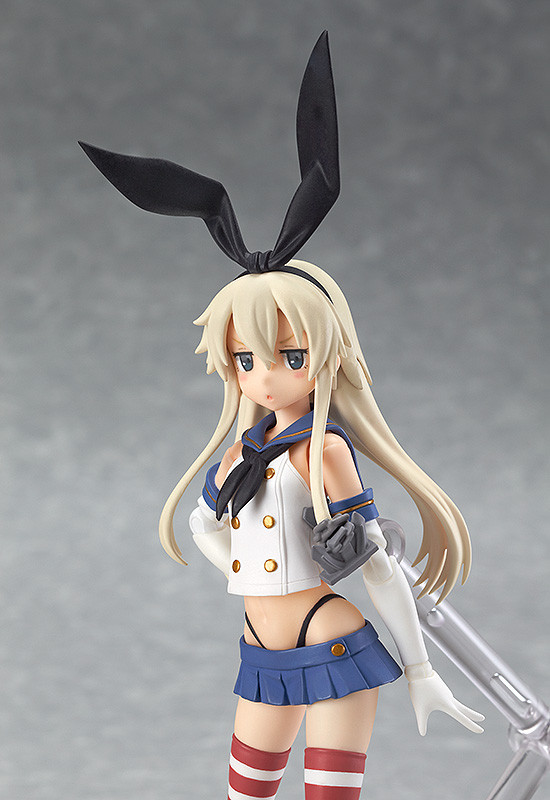