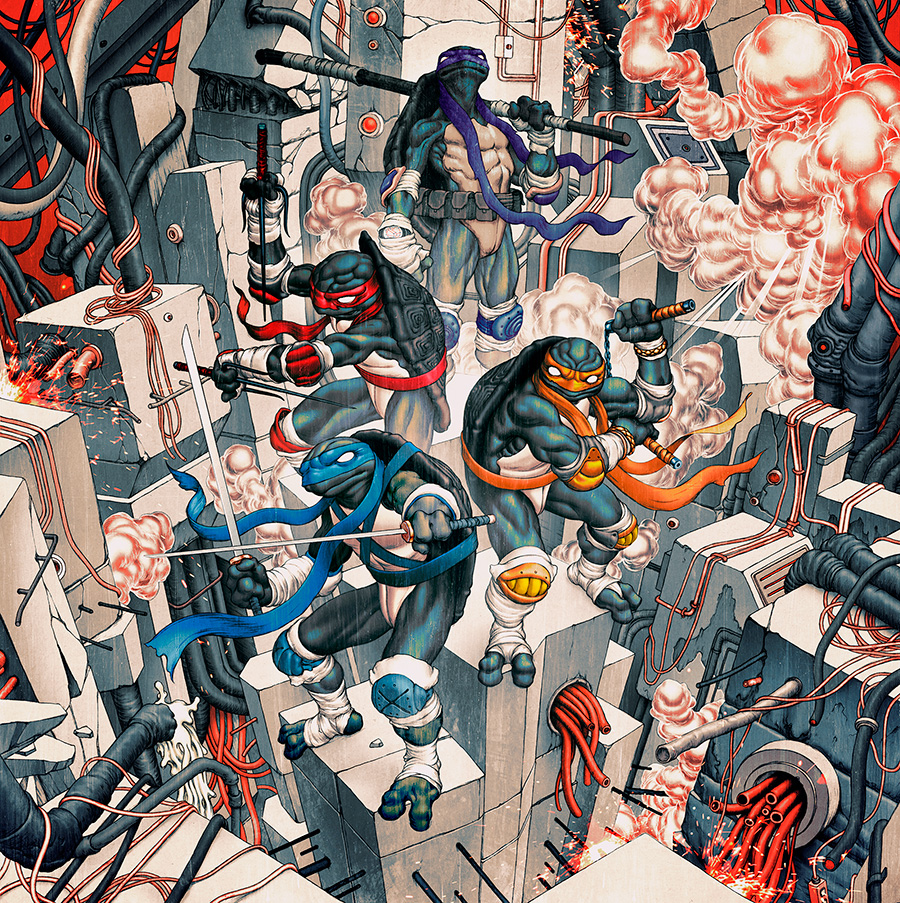 Good Smile Company, premier Japanese collectible figure maker, and Nickelodeon are creating large-scale collectible figures for the iconic Teenage Mutant Ninja Turtles.  Based on acclaimed fine artist James Jean’s original rendition of the Teenage Mutant Ninja Turtles, Good Smile Company has made four individual sculptures that can be combined to create one large diorama sculpture.  The individual statues will roll out separately, starting with the pre-order release of Leonardo in November 2014 and the remaining three in 2015. 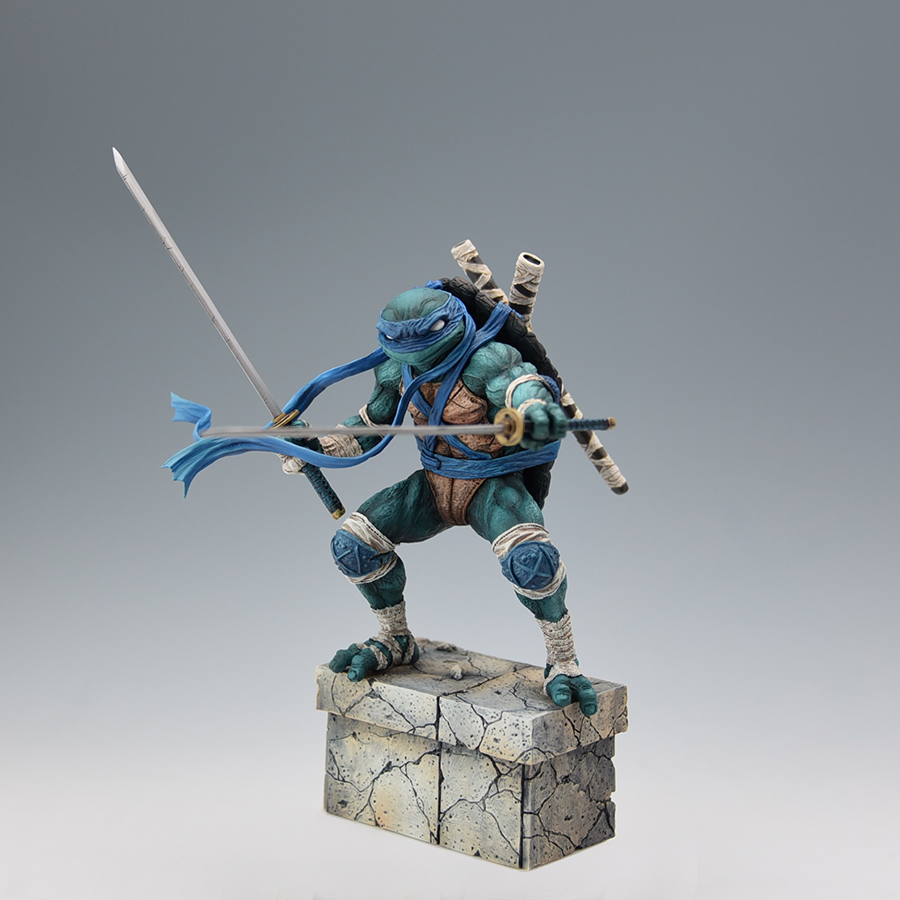 Prototype samples of the highly detailed statues, along with Jean’s original image, will make their first appearance at the Good Smile Company booth (#422) at New York Comic Con between October 9th and October 12th.

A key highlight to this exciting project is the collaborative efforts between Takanori Aki, President and CEO of Good Smile Company, Inc. and James Jean. Known as the most awarded cover artist in comic book history and renown for a global collaboration with Prada, Jean stepped away from commercial work to focus on painting. Jean was asked by his good friend Aki to make a rare appearance back into the realm of commercial art to help in the visual development of the sculptures. Jean created an image that is reminiscent of the classic comic book version the Teenage Mutant Ninja Turtles.

“James Jean is a good friend and one of the most talented artists that I have had the fortune to work with,” says Takanori Aki.  “The Teenage Mutant Ninja Turtles art piece he created for our project is truly fantastic.  Staying true to his vision, our Good Smile Company creative team worked intricate details into the collectible statues which capture the essence of his artwork and will be just as great.” Jean says, “Good Smile Company and I have shared many adventures in the past, and this is a unique and rare collaboration that I hope the fans will treasure.”

About James Jean
James Jean is a Los Angeles based visual artist, known both for his commercial and fine art work. Some of his past clients include The New York Times, Nike, Warner Bros, and Prada. He is now focused on his fine art and personal publishing projects and can be followed @jamesjeanart across a variety of social media.

About Nickelodeon
Nickelodeon, now in its 35th year, is the number-one entertainment brand for kids. It has built a diverse, global business by putting kids first in everything it does. The company includes television programming and production in the United States and around the world, plus consumer products, online, recreation, books and feature films. Nickelodeon’s U.S. television network is seen in more than 100 million households and has been the number-one-rated basic cable network for 19 consecutive years.