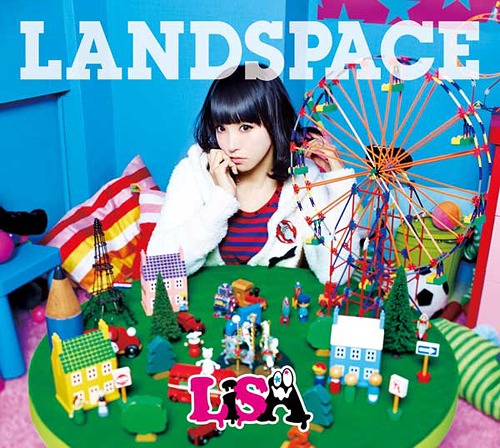 Up and coming female artist, LiSA just released her second full album, “LANDSPACE”, which is now available on iTunes in 40 countries internationally including the U.S.

Her third single “best day, best way” debuted at No.6 on Oricon chart without any promotional tie-ins, and her fourth single “träumerei” was selected as the opening theme song for the anime series “Daybreak Illusion”. In addition, this album includes several songs with lyrics and music written by LiSA, which showcases another aspect to her talent and personality.

[About LiSA]
LiSA first came to prominence through the hit anime series, Angel Beats! in 2010 where her vocal abilities shone through her role as Yui, one of the vocalists in the in-show band, “Girls Dead Monster.” Subsequent releases under the band’s name ranked high on the Oricon charts, steadily growing in popularity and fame.

The following year, LiSA made her debut as a solo artist with a mini-album in 2011 and enjoyed further success in chart performance. Her next releases included major tie-ups with anime series, including the iconic “oath sign” for the wildly popular anime series “Fate/Zero” and “crossing field” for the hugely popular anime series, “Sword Art Online” series, strengthening her popularity in both the anime and pop rock world.
LiSA’s fan base continues to grow exponentially in and outside of Japan, thanks to her infectious, energetic live performances, friendly personality, and cute sense of fashion.

If you want her physical releases with promotional giveaways, LiSA’s albums are currently available on CDJapan through the following links: