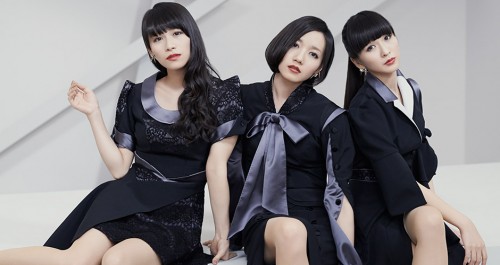 Perfume has revealed release information for their new single which is scheduled to be released on November 27th. Sweet Refrain is also being used as the main theme for Season 2 of the popular TV Asahi drama “Toshi Densetsu no Onna”.

Sweet Refrain will be available in both Regular and Limited Editions. The tracklist details for each are as follows:

Both versions are available for international shipping from CDJapan (includes a bonus B2-size poster while supplies last). Click on the covers below to pre-order and lock-in your free poster! The TV Asahi drama, Toshi Densetsu no Onna, stars Masami Nagasawa who has a history with Perfume that dates back to the movie-adaptation of the TV Tokyo drama Moteki (2011), in which Perfume made a cameo performance of their song “Baby Cruising Love”. Nagasawa is also known to be an avid Perfume fan herself, having attended one of their concerts during their World Tour 1st.

A sample of the song can be heard from Recochoku’s official Sweet Refrain webpage.