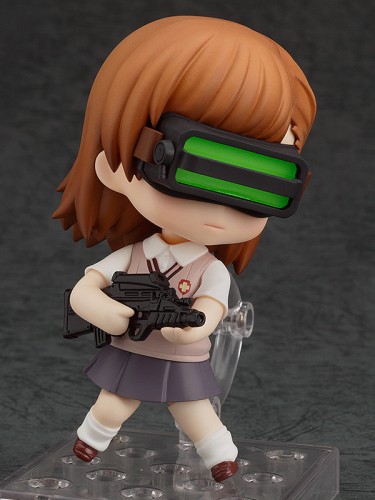 First seen in A Certain Magical Index, the Mikoto Misaka Clones have had their backstory further flushed out in the newest series in the saga, A Certain Scientific Railgun S. This Nendoroid by Good Smile Company is being released on October 6th in limted numbers in Tokyo at the Akihabara Good Smile & Karaoke no Tetsujin Cafe. Numbered tickets will be handed out begining at 9am, so do get there early to secure your Misaka Nendoroid. 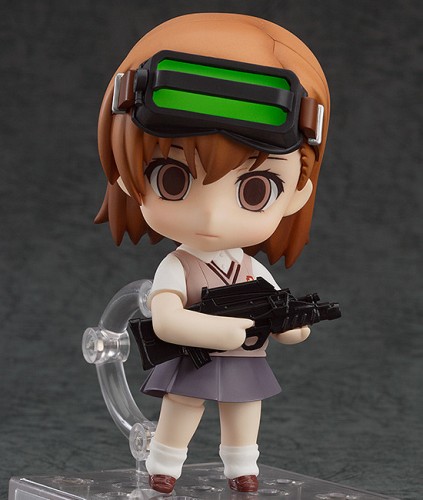 Don’t worry if you aren’t in Tokyo, neither are we. Those of us who are not able to go to Akihabara will be able to preorder the figure on October 7th through the 21st on the Good Smile online store for a February 2014 delivery date for ¥3500 plus shipping. 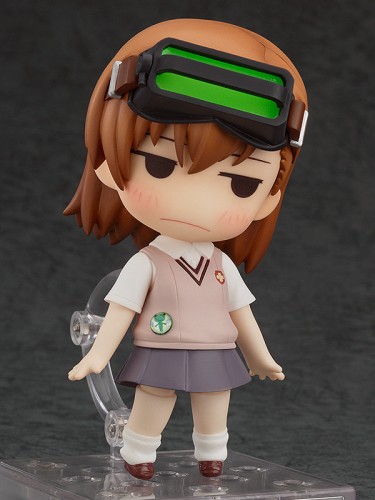 As you can see, the Nendoroid Misaka (ねんどろいど みさか) Clone as featured in both Index and the second season of Railgun is adorable and comes with plenty of accessories for customization.

The following information is the official description from Good Smile Company:

One of Mikoto Misaka’s clone ‘sisters’.

From the anime series ‘Toaru Kagaku no Railgun S’ comes a Nendoroid of one of Mikoto Misaka’s clones! She comes with three expressions including her standard blank expression, an interested expression and a chibi expression. The goggles she wears are also included, and can be worn on either her forehead or over her eyes. Other optional parts include a fully detailed assault rifle and electricity effect parts for combat scenes.

The kitten that appeared when she first met Mikoto, as well as a rolled up skirt part to display the kitten in are also included! A Gekota badge is even included to place on her uniform! This Misaka may be a clone, but there are still many unique elements to her for fans to enjoy!