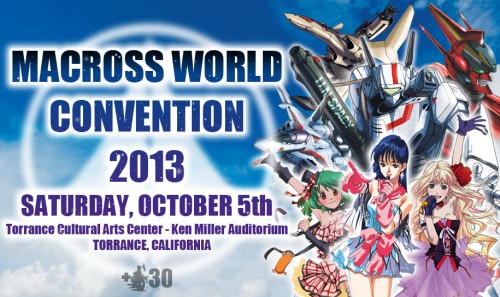 MacrossWorld’s very own convention is happening on October 5th in Torrance, California. This year’s special guests include Mari Ijima, the voice of Minmay, who will be performing some of the hit series songs as well has her own original music. Also appearing is popular artist Tenjin Hidetaka, the illustrator responsible for the awesome box art you find on Hasegawa, Bandai, Kotobukiya kits and more. Both will be signing autographs. 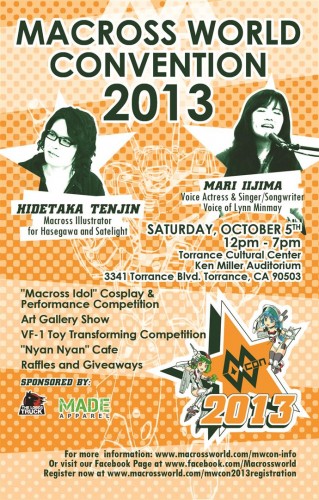 MacrossWorld celebrates the ongoing love affair that anime fans have with the Macross anime franchise which is commemorating its 30th anniversary this year. Macross might be the most influential anime series to ever hit America whether you realize it or not. Its the series (under the guise of Robotech) that helped usher in a tidal wave of interest in the medium during its 1980’s infancy.

The convention will host a number of activities including the autograph signings of the aforementioned guests, a 1/55-scale Valkyrie transformation and cosplay contests, dealers tables and more.