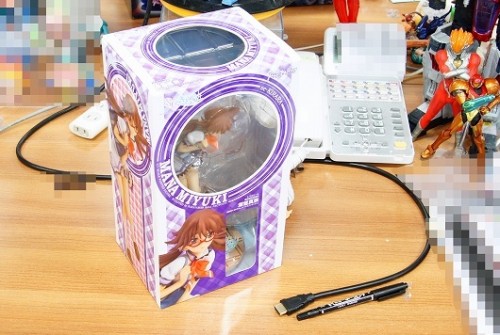 It’s sudden, but I tried going to the seats of those of you that have been spoiled and are asking for the sample goods introduced on the blog.
That’s because those of you who are spoiled aren’t here today!

And so I’ve found a sample!!
It’s not a figma, but I’d like to introduce the 1/7 scale Mana Mizuki, a cool disciplinarian from 「se・Kirara」 ー. 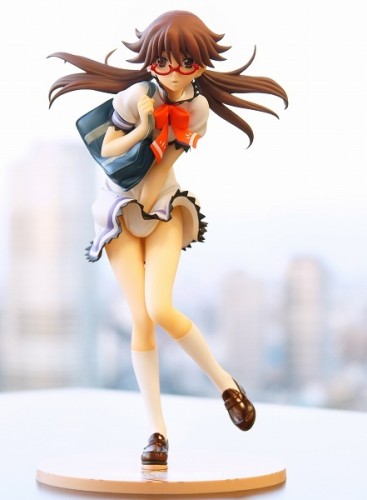 Say cheese right out of the box.
She’s slouched so it has a good feeling when you look at it from a bit of a tiltー. 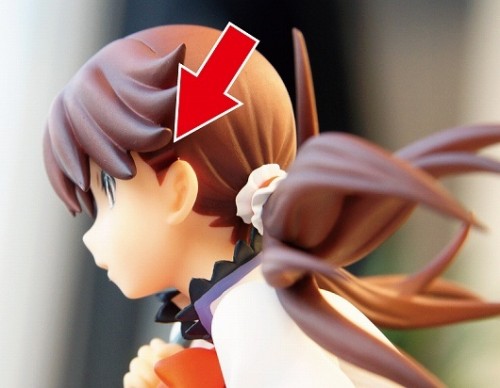 There are blisters in which the glasses are housed in.
They’re on both sides, so please attached the included glassesー. 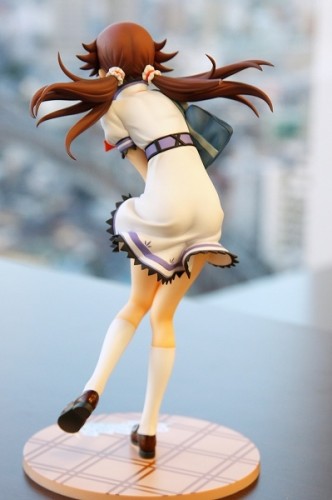 A back shot.
The uniform clings and you can see lines of her body; it’s pretty maniacal!! 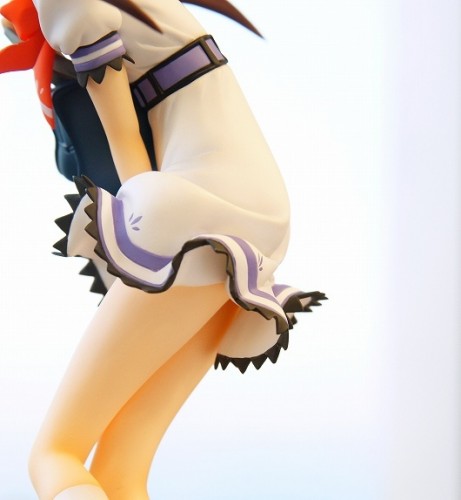 By the way, here’s what it looks like from the side!
The way the slender S-character line stands out is pretty maniacal!! 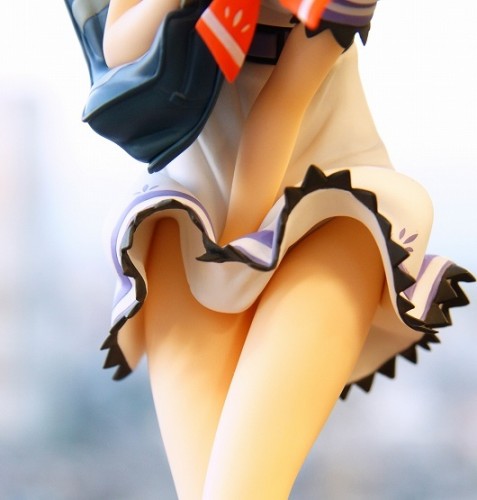 Another shot taken from an attacking angle.
Although it’s a guarding pose, look forward…to the destination from there!! 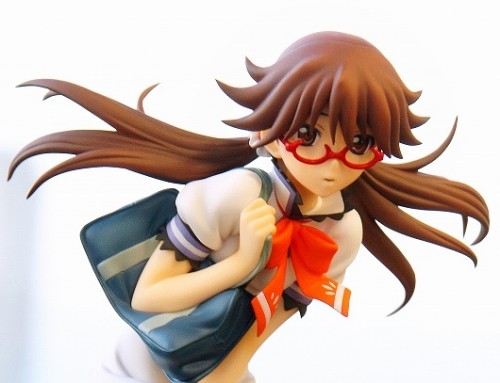 Here’s what the face looks like at an up angle.
It’s cooler feeling than that at school, and her expression turned to be one that looks a bit worried about the present situationー. 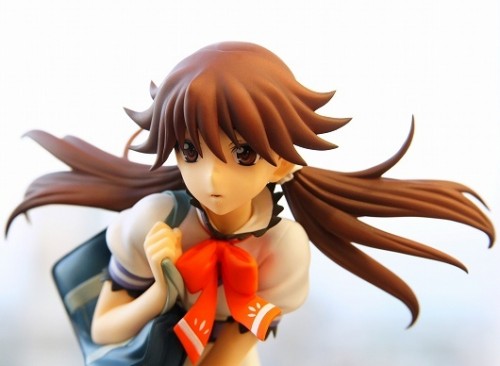 By the way, her eyes aren’t meant to stand out when you take her glasses off.
Doesn’t your impression change when her glasses are off?

That’s it for the introduction of 1/7 scale Mana Miyuki!
Its price, including tax, is 7800 yen, and it’s scheduled to go on sale this month.
When the release date is decided, it’ll be announced on Good Smile Company’s homepage.