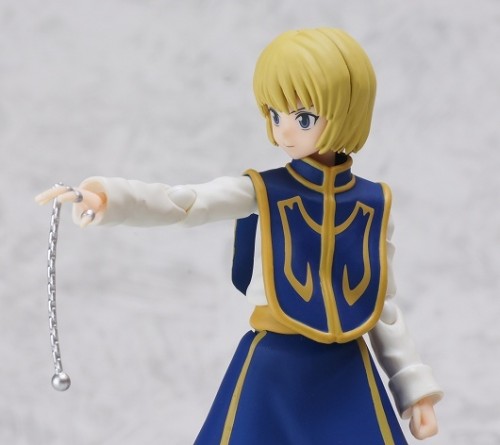 Mr. Machida writes an intro post on a new figma coming out this month: Curarpikt from HUNTER×HUNTER.

Today  I’d like to introduce a figma sample that just arrived at the manufacturing departmentー. 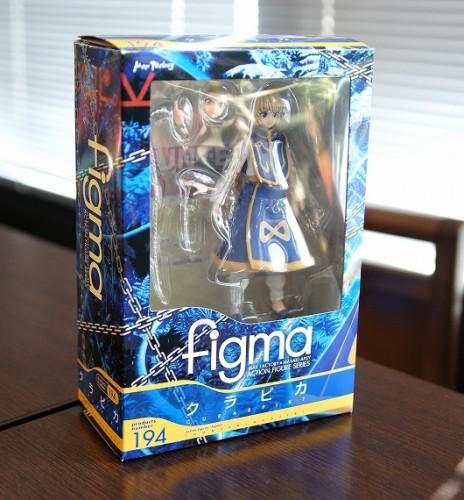 figma Curarpikt!
From the anime 「HUNTER×HUNTER」, the friend of the main character Gon who’s a same class hunter will be on saleー. 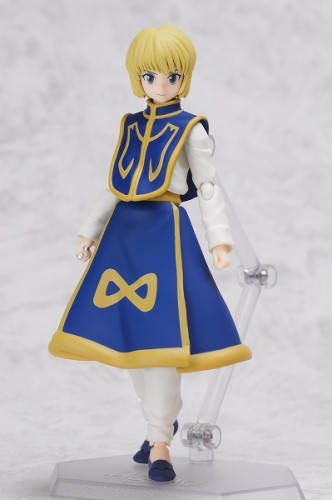 One piece out of the box.
The lines of his clothes and his design have been finished neatly. 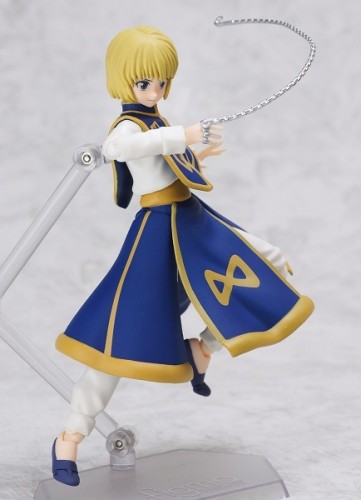 This is the「Restraining Middle Finger Chain (Chain Jail)」, used as an accessory!
It’s one ability that he used when he was engaged in a fierce battle with Uvogin of the Phantom Troupe.
Since figma joints are built into hems of clothes, please try moving that as well when you’re moving the feetー.

This is 「The Guiding Ring Finger Chain (Dowsing Chain)」!
He just protected himself from a bulletー. 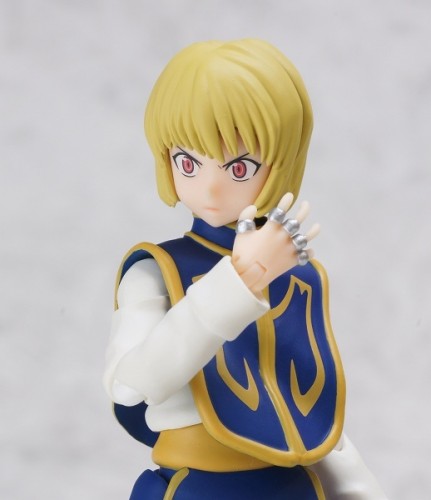 There are 2 different facial expressions, and this one is the 「angry face」.
When his emotions flare up, his eyes turn to “Scarlet Eyes,” a mark of the Kurta Clan. 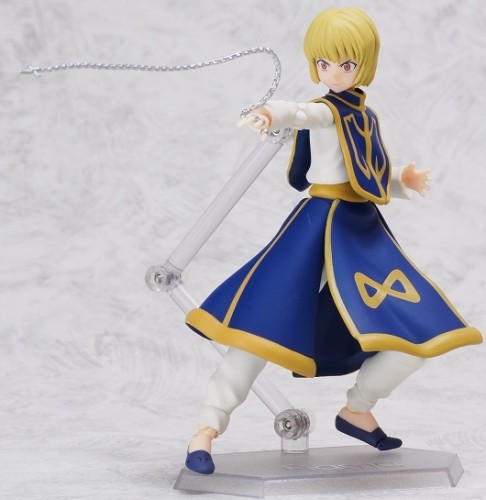 「The Arbiter Little Finger Chain (Judgment Chain)」 can only be used during “Absolute Time (Emperor Time),” and I think the episode in which you can see Curarpikt’s resolution is one of the best episodes. 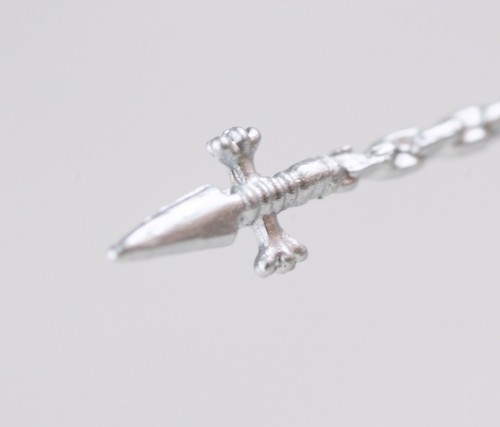 I tried photographing 「The Arbiter Little Finger Chain (Judgment Chain)」 as best I could!
The molding is fairly detailed, and it was molded following the manufacturing team’s hard work!!

That’s it for the introduction for figma Curarpikt!
Its price, including tax, is 3800 yen, and it’ll be on sale on the 26th (Thu.) of this month!!

Go get Gon and Killua and have fun with them!