[EDITORS NOTE: Plastik Dolls are proud to introduce a new feature to our blog, English translations of the official figma Blog!] 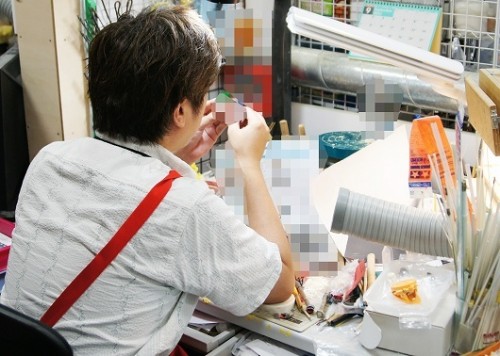 This time, for a bit of a change, I’d like to try doing a sculptor interview.
I was in charge of the acclaimed figma Mikasa Ackerman model.
Here’s an interview with the essential points!

Q ： About how long was the production period for figma Mikasa?
A ： The 3DCG digital build took about 1 month to output, and after that it took about 1 month to fine-tune it by hand. After we prepared for the WF exhibit, we added more accessories over a period of about two weeks. Meanwhile, the 3DCG production of Eren and Mr. Asai’s archetype_next:she’s fine tuning were both advancing on, so actually I think it was a bit shorter.

Q ： What were problem points while making figma Mikasa?
A ： Because this time was the first time we went from the rough draft of the entire body to introducing digital modeling, we had a hard time until we got used to it. As for molding Mikasa, it was difficult to copy her face and to understand the Three-Dimensional Maneuver Gear.

Q ： By the way, did you already know of the original 「Attack On Titan」 work?
A ： Actually, I didn’t know of it (Bitter smile I had heard manga’s title to an extent…) I was creating at work when I started reading, and I got hooked right away!

Q ： When you became a fan of the original work, was there anything that you were picky about?
A ： At figma we had the anime and soundtrack streaming while we were working; we were totally submerged into that world. We created with the images of that unique dual wielding×wire action.

Q ： Are there points as a producer that you want to focus on?
A ： The moving parts are orthodox; we added movable points to neck and toes to recreate the pose while in wire action. Because we’ve adopted new joints in the wrists, you can freely angle how the swords are held. The shape of the 3D Maneuver Gear in particular received digital benefits. Assuming that it’d be played with by hanging it by the wires, we put a little bit of deformation in consideration of the strength of its parts.

Q ： Other than Mikasa, please tell us about an impressive product  you’ve made in the past.
A ：If there’s one that stands out among them, it’d be the Billy Herrington Halloween Ver., which has an intense meaning to it. I was in charge of accessories for the Billy Aniki series. A pumpkin mask and pumpkin pants…it makes no sense at all (laughs) 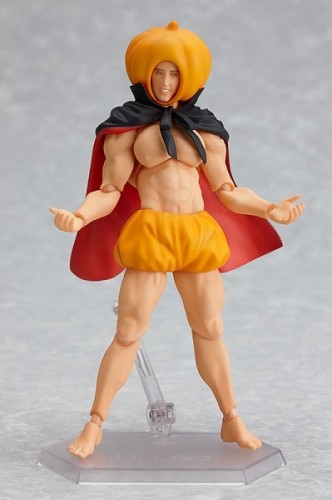 Q ： Finally, how about some words for the users.
A ：I don’t think there could be a more perfect title for figma, action figures that are the size of your palm. You can get the accessories and such to make it a full set, so please pretend there’s a 20 meter-class (or so) Titan and defeat it!! 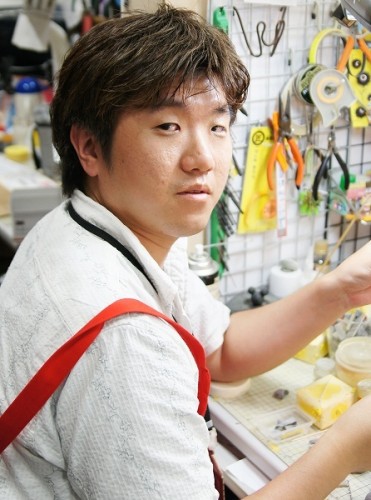 Information for the figma Mikasa Ackerman Kosshi creation!
The price, including tax, is 4800 yen, and it’s scheduled to be on sale January 2014.
Those who haven’t yet pre-ordered, please feel free do soー.
For those who pre-order figma Mikasa on Good Smile Online, a specially made di:stage base with a roof pattern will be included, as shown in the picture. 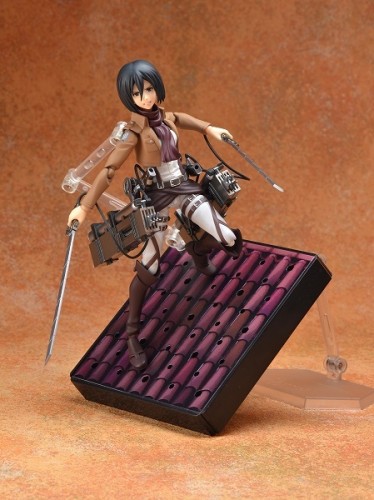 I hope you enjoy angling your figma baseー.