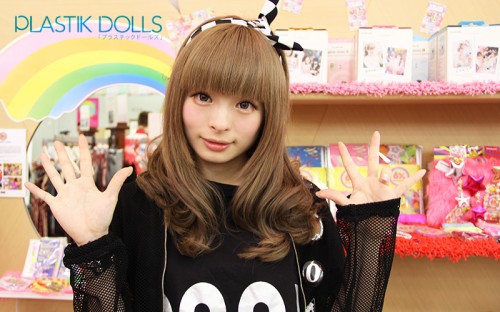 At J-POP Summit Festival, I was able to sit down with Japanese pop-superstar Kyary Pamyu Pamyu (きゃりーぱみゅぱみゅ) for a brief one-on-on interview that I did on behalf of GEEK Magazine. 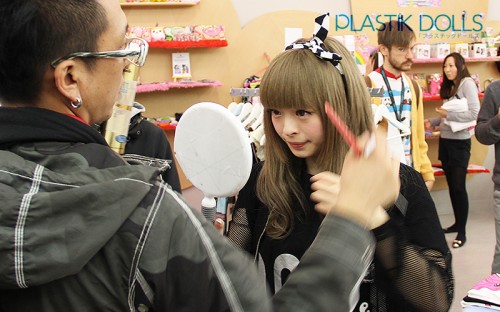 Kyary getting her hair did. (well, sorta)

The interview took place at the Harajuku Pop-Up Store on the second floor of the NEW PEOPLE building just as they were setting up and finalizing the opening ceremony preparations. Considering our time was rushed and that there was a lot of commotion going on around us, Kyary remained relaxed, was very easy to talk to and engaged in the interview. I suppose she’s used to hectic surroundings by now. As we spoke, I got the feeling that she seems like a genuine and thoughtful person. Kyary really loves fashion and while she is a central figure in the Harajuku Kawaii!! movement, I got the vibe that is going with the flow and just enjoying the moment. Sometimes getting answers out of interviewees can feel like prying teeth. But in this case, Kyary was quite talkative and very easy to converse with. It was a real pleasure getting some time with her and finding out more about her. 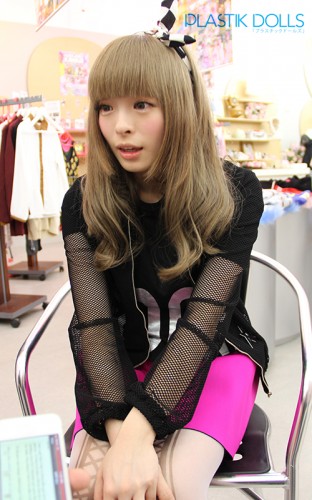 This is what it looks like being face to face interviewing Kyary. 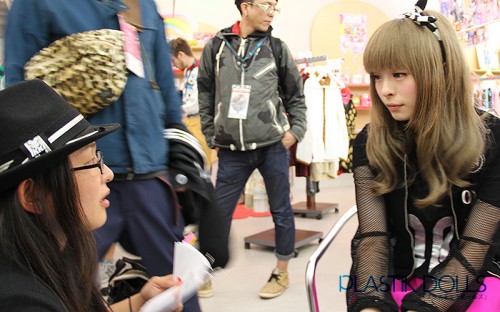 A big thank you goes out to the people who manage Kyary Pamyu Pamyu, ASOBI SYSTEM, along with the J-POP Summit Festival staff at NEW PEOPLE and MEDIA LAB who worked together to grant me the interview. Assisted by translator Misaki Kido, I was able to get some face to face time with Kyary. 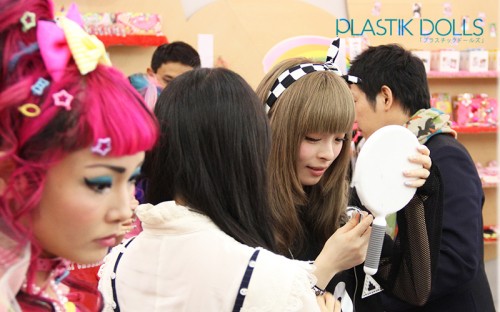 Kyary puts on some final touches with the Harajuku Kawaii!! models. 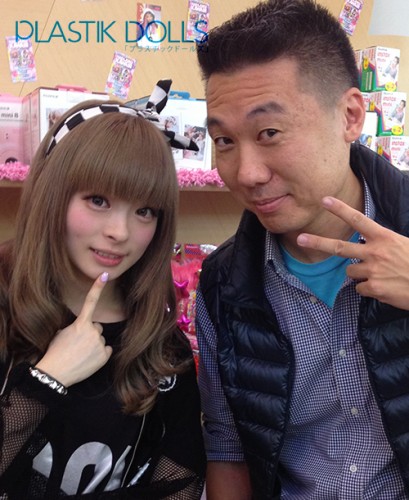 You can read the GEEK Magazine article and interview and concert recap here.