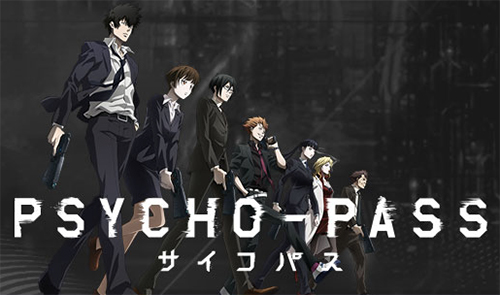 An anime that I’ve gotten into lately is Psycho Pass. It’s premise is loosely similar to the movie Minority Report in that it’s about law enforcement trying to stop crime before it happens with the help of technology that allows them to scan what one’s probability of committing a crime.

The real question is how an who – or what is this prediction technology based on? How much freedom are you willing to give up in the name of public safety? This series examines some questions that make you think.

Production I.G. is quickly becoming my favorite studio with their cleanly produced anime with well thought out story lines, action and sci-fi themes, good looking animation, character and background designs. Interestingly enough, the end credit song is Namae no Nai Kaibutsu (which can be heard in the video below) performed by EGOIST, a fictional band that appears in another Production I.G. anime called Guilty Crown. I have to wonder if Inori, the anime singer of EGOIST, will make a cameo in Psycho Pass sometime down the line.

In any case, if you’re looking for a crime drama set in a dystopian future, Psycho Pass is worth taking a look at. It’s currently streaming at Funimation.