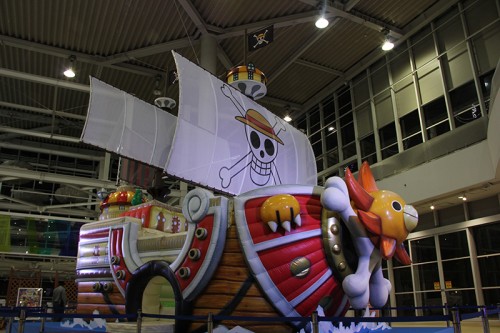 While roaming Tokyo, we spotted an unlikely place for a pirate to park his ship. To promote the upcoming One Piece Film titled, Z, a giant inflatable version of Luffy’s ship, the Thousand Sunny, was docked inside Toyota Mega Web in Odaiba, Tokyo. 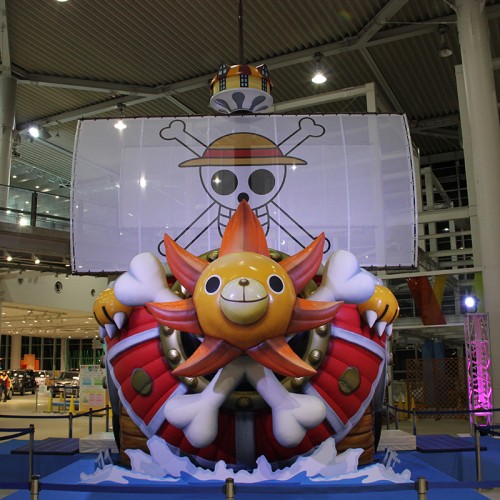 This squishy air filled incarnation of Luffy’s ship is actually a bounce house that children were allowed to play in. Other parts of the display included a rubber stamp station and a map of Odaiba informing fans of where other One Piece events were being held. The movie One Piece: Z, hits theaters in Japan on December 15th. 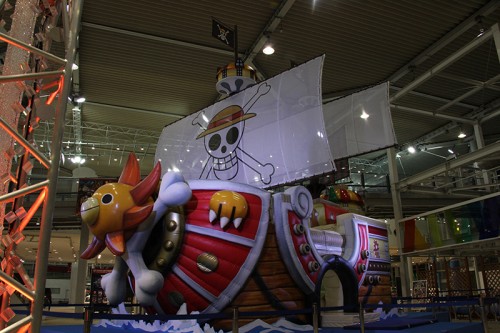 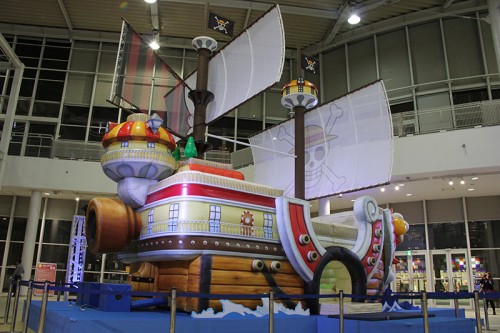 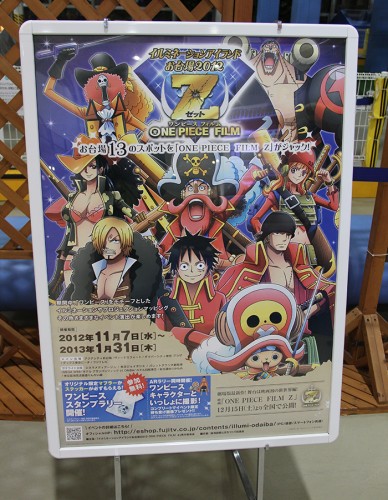 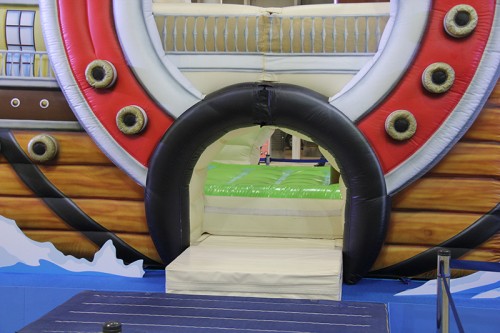 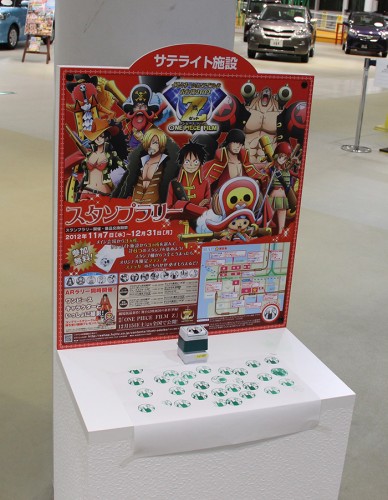 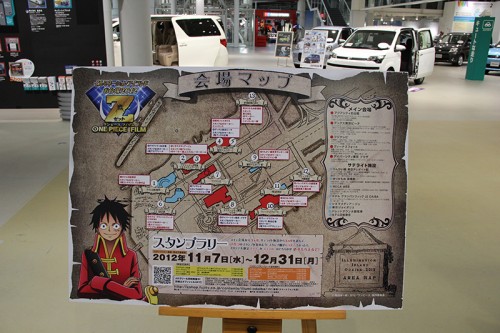